Liposuction turkey, is a procedure that is performed to remove the fat under the skin of certain body regions by using special cannulas.

The fats removed in liposuction are those that remain between skin and muscle tissue. The demand for liposuction gradually increases in recent years as poor diet habits and sedentary lifestyle are becoming more common in the population.

How is liposuction performed?

These fluids are injected to reduce blood loss during the liposuction and replace the fluid and important minerals, which the body loses. There is a waiting period of approximately 20 minutes after injection of fluid.

Therefore, the adrenalin in the fluid shrinks the vessels in surgery site and fats are removed with cannulas while blood loss is prevented. Today, various assistive technologies are used in liposuction procedures.

What are the liposuction methods?

Today, ordinary liposuction techniques are not preferred anymore. Now, the aim of liposuction procedures is not only to remove the fat but also to ensure an ideal body shape. Especially looks that are similar to weight loss, shapely and flawless are aspired after the surgery.

Therefore, various technologies are utilized for liposuction procedures in recent years. The most common ones are vaser liposuction and power assisted liposuction methods.

What is vaser liposuction?

Vaser is an ultrasonic device. In liposuction, fats are liquefied with vaser application after the fluid injection. The ultrasound waves of vaser device that spread from the cannula affect the fat cells in liquid environment, damage them and turn them into liquid form.

These fats are aspirated and removed with power assisted liposuction (vibratory devices). The aim is to turn liposuction procedure from a mechanical procedure into a surgery in which liquefied fats can be removed easily. Therefore, a smooth liposuction outcome, close to weight loss, is tried to be achieved.

Who are suitable for liposuction?

Firstly, liposuction is considered not only a fat removal surgery but also a body contouring surgery today. The aim of this surgery is to remove fat and provide a more beautiful and shaped body appearance especially for patients with regional fat accumulation.

In other words, patients whose weight is close to their ideal weight and who have regional fat accumulation create the most suitable patient group for liposuction. 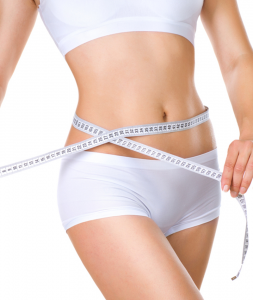 What are the body parts for which liposuction is most commonly performed?

The body parts, where liposuction is commonly performed, different for men and women. Women tend to gain weight from different regions than men due to hormonal factors. Women generally gain weight from abdomen, back, legs, arms and hips.

What should you know before liposuction?

People who decide to undergo liposuction surgery should know that it is a body contouring procedure rather than a slimming surgery and expectations should be reviewed accordingly.

Another important issue to consider before liposuction is that this surgery can remove only fats located between skin and muscles. In other words, liposuction cannot remove fats found around abdominal organs.

Therefore, liposuction is not a viable option for patients with intra-abdominal fat deposition. Although no incision is made, a large of body is subject to the procedure in liposuction.

Therefore, blood counts should be within physiological ranges and there should be no co-existing disease, also called comorbidity. As is the case with all other surgeries, I recommended patients to quit smoking 4 weeks before and after liposuction procedures.

What needs to be taken into consideration after liposuction?

Lowering consumption of salt and sugar and use of medications that alleviate edema will have positive effects on postoperative recovery. Since removal of fat tissue is accompanied by minimal blood loss in liposuction, I repeat blood tests after the surgery.

How long is corset worn after liposuction?

Corset should be used for 6 weeks after liposuction. Corset ensures that skin shrinks and adapts to its new position more easily. Moreover, it mitigates fluid accumulation and edema.

Is drain necessary in liposuction procedure?

Moreover, postoperative recovery becomes a more comfortable experience for patients. I prefer to remove drains around 4 to 5 days after the surgery. Drain practice also varies between patients.

Should lymphatic massage be performed after liposuction?

Massage is gentle and lasts shorter in the first day, but sessions can be prolonged when the pain alleviates. I recommended minimum 10 sessions of lymphatic massage at interval of 1 session every 2 to 3 days after the surgery. Lymphatic massage not only relieves edema at surgical site, but it also helps skin recover and adapt to its new position better.

Are outcomes of liposuction permanent?

If the patient maintains weight control after surgery, outcomes of liposuction will be permanent. One should always remember that there is no limit of weight gain in human body. Therefore, I inform my patients before the surgery in detail about the modifications they should do in their postoperative life.

What are intended body parts for liposuction? 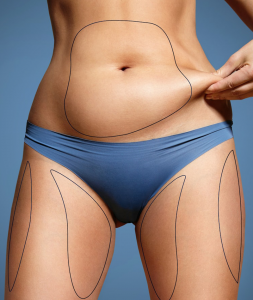 Is liposuction performed under general anesthesia?

Is liposuction a risky procedure?

If performed by experienced surgeons, liposuction surgery does not differ from other surgeries in terms of risks. Here, the most important problem is the fact that liposuction is performed in a non-visible area.

In other words, hands of the surgeon function as his eyes during the procedure. Therefore, depth of cannula and thickness of skin should be continuously checked with palpation in the body part, where liposuction is performed.

What is the most common complication of liposuction?

The most common postoperative complication is irregularity. Irregularity had been faced conventional surgeries, which were based on mechanical force, in the past. The irregularities had been the most common reason for the patients to avoid liposuction.

Today, there are many technological devices and treatment options to reduce and prevent the irregularities. In vaser liposuction, also called ultrasonic liposuction, fats are fragmented and liquefied with ultrasound energy.

It is easier to remove liquefied fats, but on the other hand, pretty nice surgical outcomes are obtained. In addition, I use power assisted liposuction (Microaire) to remove the fats that I liquefy with vaser liposuction and thus, I can create a smoother appearance.

What does Renuvion-J plasma actually do?

J Plasma is a device that converts helium into plasma energy. When subcutaneous fat tissue is removed in liposuction, the connective tissue between skin and muscles should shorten and the skin should attach to the ground.

J Plasma delivers plasma energy to the connective tissue to ensure shortening and thus, the skin tightens and adapts over the muscle more easily. Briefly, J plasma tightens the excess skin that develops as a result of the surgery or in other words, it eliminates excess skin after liposuction.

Can liposuction be performed as a slimming method?

What is High-def (or 4D) liposuction?

The concept of liposuction is becoming increasingly popular recently. The most important reason for this is increased body perception. Today, men want to have well-built abdominal, chest and arm muscles. Women aim to have a athletic-looking body particularly for abdominal region.

So, the purpose of liposuction now includes providing a well-developed and athletic appearance at the surgical site as well as removing of fats from relevant areas and thinning body regions. Liposuction applied for this purpose is called high-definition (or 4D) liposuction.

The best example of this procedure is “six pack” surgery performed by removing a part of abdominal fats and creating deep lines to make muscles look defined.

Actually, remaining fat tissues and deep lines created between these fat tissues are what make muscles look well defined. Thanks to High-def (4D) liposuction method, it is now easier to have muscular abdomen, chest and arms.

Can fats be removed with liposuction?

Fats removed through appropriate techniques can be processed and transformed into pure fats. And these fats can be injected into different body regions to increase volume. The most common areas for fat injection are face and chest in men and buttock, face and hands in women.

Which surgeries are combined with liposuction most?

What is the maximum extraction limit of fat in one session?

During liposuction, maximum extraction limit of fat is equal to 10% of body weight. So, maximum 7 liters of fat can be removed in a person with body weight of 70 kg. These values are safe upper limits. I prefer not to close the upper limit considering patient health and postoperative course.

Can liposuction be repeated?

Liposuction can be repeated. However, removal of fat during the second session is more difficult than the first session.

Subcutaneous healing in the postoperative course allows connective tissue to increase. Thus, fat removal during the second session is more difficult. I slightly extend the duration of vaser procedure in the second session.

What are comments made by patients who have undergone liposuction?

Generally, patients state in the postoperative course that liposuction is a serious procedure. They agree that people should take liposuction seriously and it is an important surgery which is considered an easier and less complicated because of less incision.

Particularly, patients who could able to maintain healthy eating habits are pretty satisfied with outcomes.

Cost of liposuction varies depending on number of regions. You can contact us immediately to get information about liposuction prices 2023.